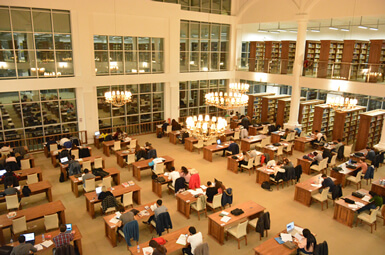 With its 49.791 students, Çanakkale Onsekiz Mart University (COMU) is one of the most competitive universities in Turkey, and always looking for more talented people to play a part in its future - this is where you come in! COMU is a modern state university, committed to world-class academic excellence.

The reputation and popularity of COMU in Turkey is based on the high quality teaching and learning experience available to students at the university. At COMU, you can work with well-qualified, intelligent, dedicated academic staff who will encourage your self-development in order to continue being successful after graduation. At our university, students have access to wide-ranging learning resources and up-to-date facilities. Çanakkale Onsekiz Mart University possesses a research fund which encourages the progress and development of society by financing scientific research projects.

In addition, COMU actively seeks to propose and develop projects within international research programmes. In 2014, COMU attracted millions of Euros in research grants and contract income from a variety of funders, including the EU, the Turkish Science and Technology Research Council (TUBITAK), the Turkish Ministry of Development, the Turkish Higher Education Council and various NGOs. 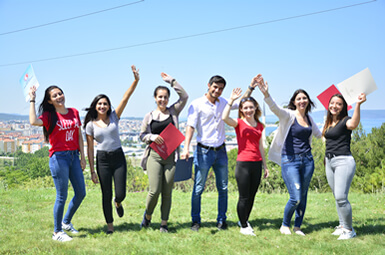 With its beautiful panoramic views over the Dardanelles, its clean air, beautiful natural environment and rich history and cultural heritage, COMU is situated on one of the most beautiful campuses in Turkey. Campus life is one of the university’s greatest assets and a welcoming home-from-home for students who are living away from their home for the first time.

On the campus, in addition to finding all the facilities necessary for a comfortable daily life and successful academic study, students can enjoy cultural events, art exhibitions, concerts and sports events as well as a variety of social and academic activities organised by student clubs and societies in a friendly environment.

COMU student clubs enrich and add dynamism to university life. These clubs contribute to the development and learning of students as individuals, as they learn to work cooperatively, as well as enhancing their enterprise and self-confidence. Students can choose from a wide spectrum of activities depending on their abilities and interests. The clubs are organized by the students themselves and coordinated by the Health, Culture and Sports Office. We look forward to welcoming you in Çanakkale. 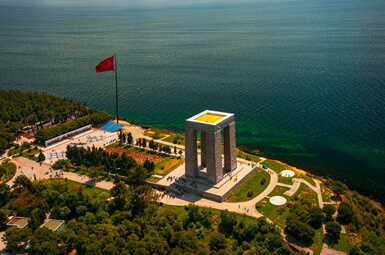 The province of Çanakkale lies in the northwest of Turkey, its shores touching both Europe and Asia. Çanakkale is the name of both the city and the province, which includes the legendary citadel of Troy, the ruins of Assos where the famous Temple of Athena was built, and the battlefields of Gallipoli. Archaeologists say there are up to 200 ancient sites in this region, many still unexcavated, so it is possible you may be wandering among ruins thousands of years old without even knowing it! There are also many Ottoman structures still standing; castles, bridges, mosques, mansions and Turkish baths.

Although you will occasionally feel as if you have stepped back in time, Çanakkale has firmly embraced the first century of the new millennium when it comes to the essentials of living, and you will have no difficulty finding an internet cafe, fax facilities, cornflakes, cash points, and other conveniences. Statistics show that half of all families in the city of Çanakkale own a car, about half use a mobile phone and the city has one of the lowest crime rates in Turkey. Those of you curious about history will find plenty to satisfy your interest in the area.

There are also lots of uncrowned corners where you can paddle along the shore, stretch out on the sand, scuba dive, or just park yourself in the shade, sipping something exotic and gazing out at the sea hoping for a glimpse of some playful dolphins. When night falls, most of the socialising takes place on or near the seafront, where there are cafes, bars, tea gardens and discos to suit everyone's taste. In short, the city and province of Çanakkale present a spectrum of entertainment, beliefs, larger-than-life characters, customs and history awaiting exploration by the inquisitive mind.